Diary of a Photoshoot Part 4

This is part 4 of my Diary of a Photoshoot, where I’ll take you behind the scenes of making the cover for To Tempt a Viking, book 2 in the Forbidden Vikings series. You can read part 1, part 2, and part 3 first, if you like. (photos courtesy of Jon Wayne Brown)

Midway through the shoot, I was invited to play dress-up. I went with the stylist, Marie-Eve, back to the costume rack. While earlier we had talked about whether I would try on a Regency gown, I’m well aware that most of the gowns are fitted to size two models! After having three children, let’s just say that a size two was NOT going to happen for me. Instead, we picked out a rough-textured beige tunic that resembled a potato sack with arm and head openings. 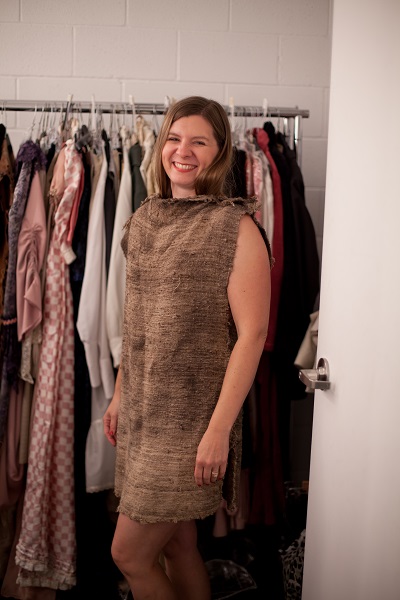 Over that came a brown leather tunic and a broad belt to hold it together. Then she put on brown leggings over my knees and calves. Since I had worn heels, I had to borrow a pair of flip flops to wear on set. 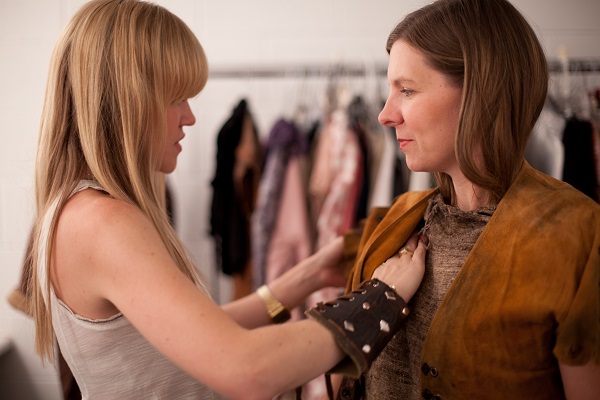 She also gave me two rings to wear. I have very small fingers (my rings are a size 5) but some of these rings would hardly fit at all, which told me how thin a model’s hands are. 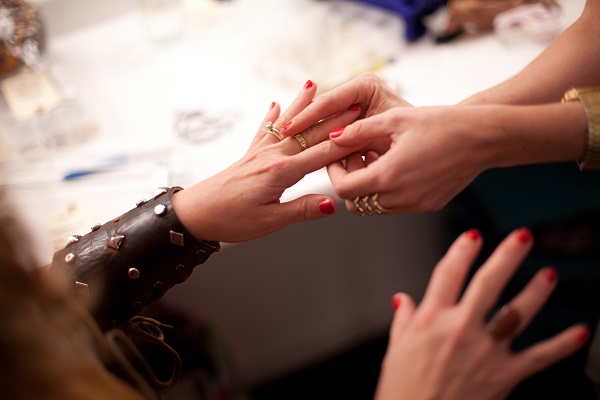 Here I am, ready for my modeling photo shoot! 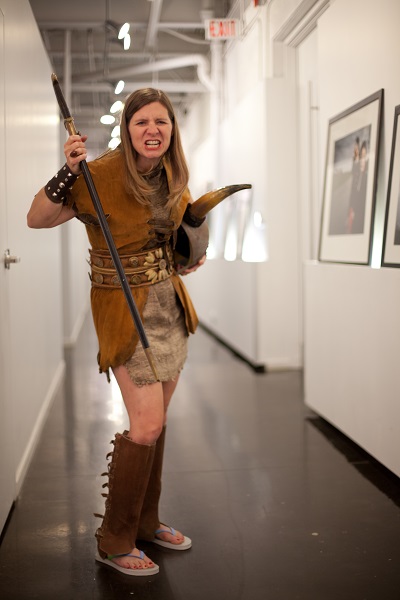 We had some fun and I posed a bit with Taylor. 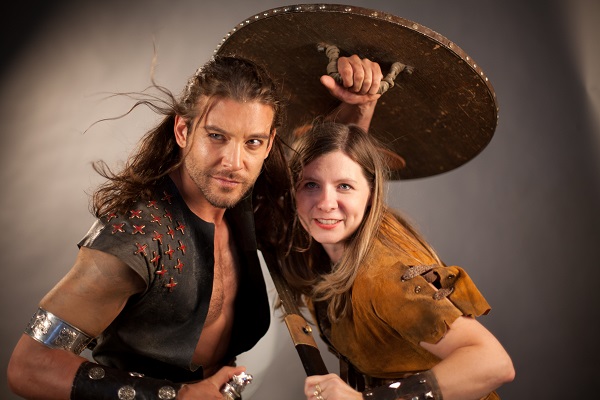 I was asked to look up and not to smile. Easier said than done! 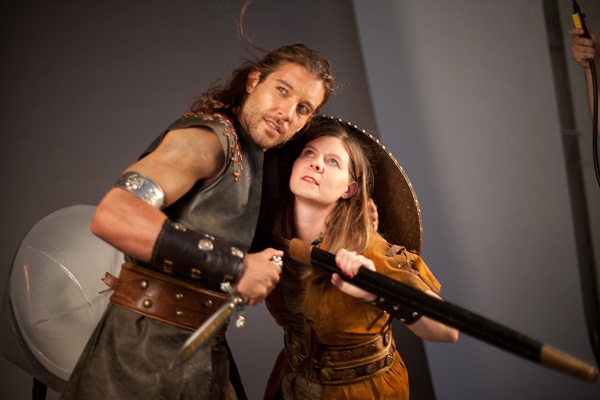 After modeling a little, I now have a tremendous respect for models. It’s about being able to convey emotion in your eyes and in your face while keeping your body in an awkward position. The way you stand and the way you bend your back can make all the difference in proportion to the camera. I had to bend back a little, since Taylor was much taller than me, but looking back on the photos, it might have been better to bend my knees, since I looked a bit like I was caught in a trap and trying to get away! It was also quite an experience to have a cover model staring at you with such intensity. 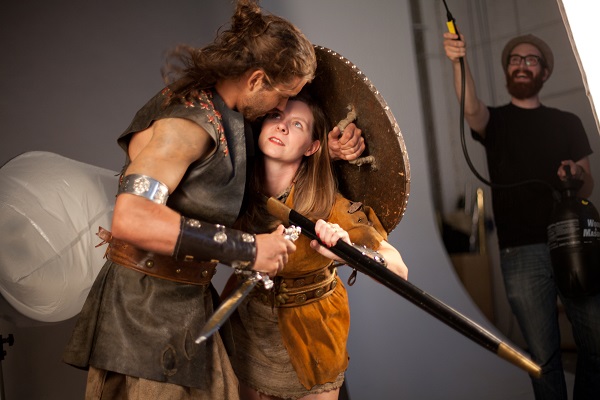 After the mini-photoshoot with Taylor, I changed out of my costume and Marie-Eve used the same leather tunic on Taylor, but this time showing a little more of his chest and abs in the shoot. More of the shots were taken, some with him holding a sword and a helmet. 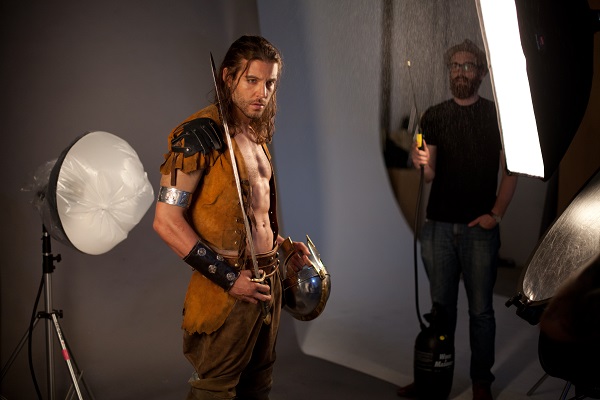 The photo shoot lasted about three hours or so. After an exhausting day of posing, here’s Taylor David kicking back with some brownies–Viking style! 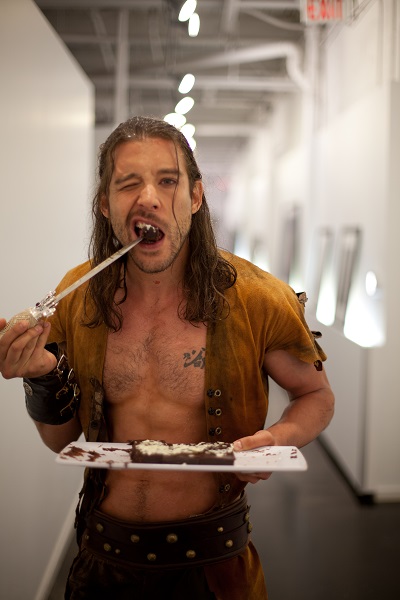 Next week, I’ll talk about how the cover is put together, after the final photograph is chosen. Then you’ll get to see my final book cover!

Read part 5 of my Diary of a Photo shoot here. Enjoy book 1 in the Forbidden Viking series â€“ To Sin with a Viking (Get it in e-book form on Kindle or Nook.) Want to ask questions or comment? Join me on Facebook or Twitter and ask whatever you’d like!

Last, click on the link at the bottom of this post to enjoy a video of the photo shoot!