Diary of a Photoshoot Part 1 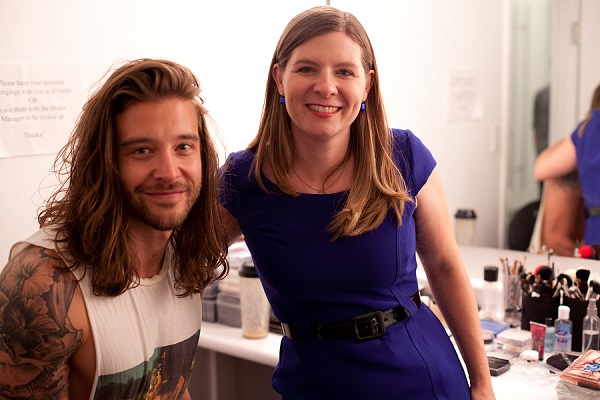 On June 24, I had the experience of a lifetime. I was invited to watch the photo shoot of Book #2 in my Forbidden Vikings series, To Tempt a Viking (February 2014). I never expected to have an opportunity like this, and it was an unforgettable day. I thought I’d share a series of blog posts so you could get a behind-the-scenes look at what goes into a book’s cover shoot (Photos courtesy of Jon Wayne Brown).

I walked into Westside Studio on June 24th, and at first glance, it’s like any other office. When you walk to the back, there’s a long hallway with framed photographs along the left wall. On the right side is the hair and make-up room, which is fairly small (you can cross the room in about three paces). 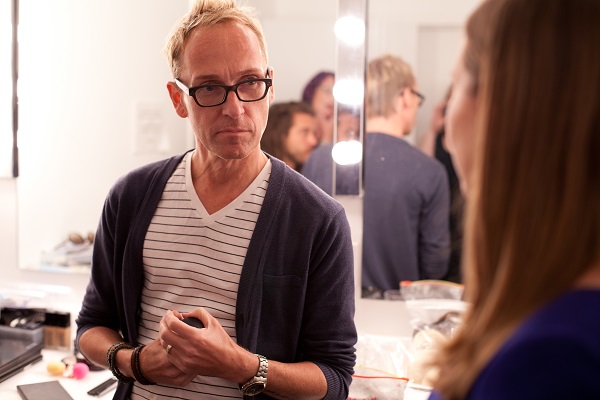 When you step inside the make-up room, there’s a chair for the model with a large lighted mirror, make-up pots and brushes on the counter, a collection of hair extensions, and plastic compartments (almost like an artist’s palette) with various make-up colors. (Shown above is Jukka, the make-up artist.)

Beyond the make-up room, through another door, is a costume room. It’s a smaller space, perhaps two paces wide and three paces long. A large mirror hangs on the left wall, and a long rack of costumes stands against the wall opposite the door. Swords, helmets, and shields are there for the medieval/Viking books, and on the counter there are plastic divided containers filled with jewelry. The stylist, Marie-Eve(shown in the photo below), labeled one of them â€œWedding bling.â€ The costumes are divided on the rack by the title of the book being shot and with the model’s name and measurements. 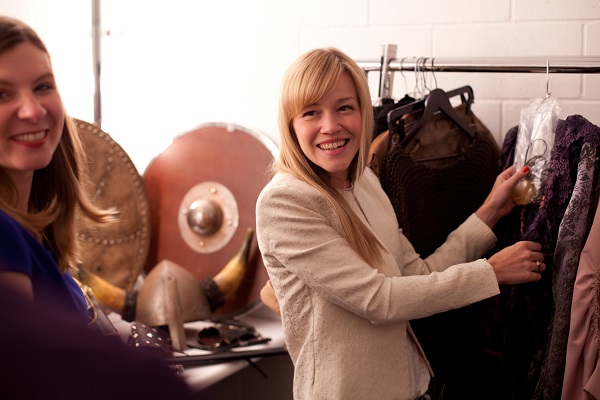 What struck me about the costume room is how many accessories there are. Scarves, tunics, arm bands, weapons-you name it, it’s there. 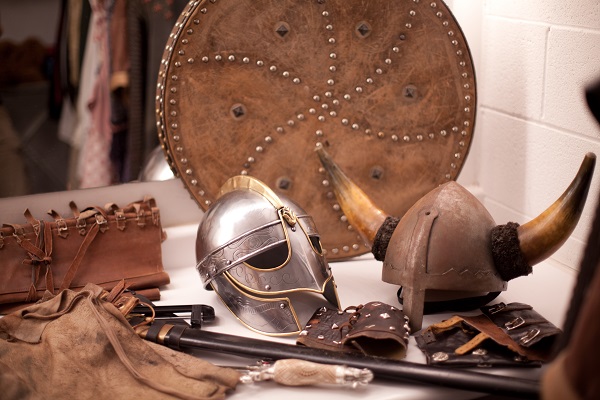 Sometimes opera costumes are repurposed for the photo shoots. When you look at the dresses on the rack, some of them seem frayed or not that attractive, but for photo shoots, it’s about layering texture and fabric. A brocade that looks worn down on the hanger might appear lustrous with all the lighting on set. 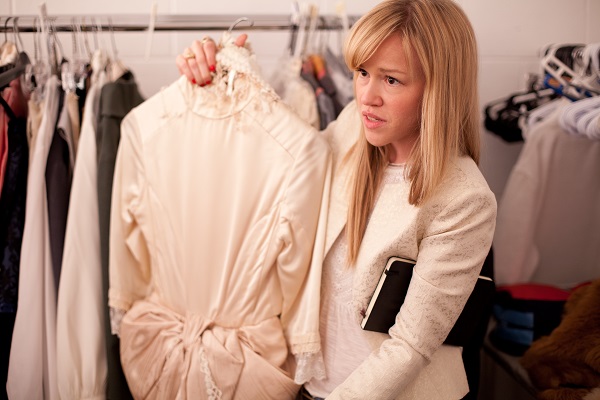 A shirt that appears as if it’s made of fishing net has a raw texture that resembles chainmail. Sometimes the stylist will add a lace ruffle to add texture to a gown or take it away to make it appear more medieval. Marie-Eve bought a ladies’ turtleneck and cut it apart to make a neck piece that resembles a cowl. Anything with a texture or an imprint on the fabric works well for photography.

They say that the clothes make the man. Next week, we’ll talk about how the clothes (and the make-up, and the photographer) make the Viking . . .

Enjoy book 1 in the Forbidden Viking series – To Sin with a Viking.