Diary of a Photoshoot – Part 5

This is part 5 of my Diary of a Photoshoot, where I’ll take you behind the scenes of making the cover for To Tempt a Viking, book 2 in the Forbidden Vikings series. You can read part 1, part 2, part 3, and part 4 first, if you like. (photos courtesy of Jon Wayne Brown)

After more than six hundred photographs were taken, the art director, Krista Oliver, begins flagging the best photos to potentially be used for the cover image. 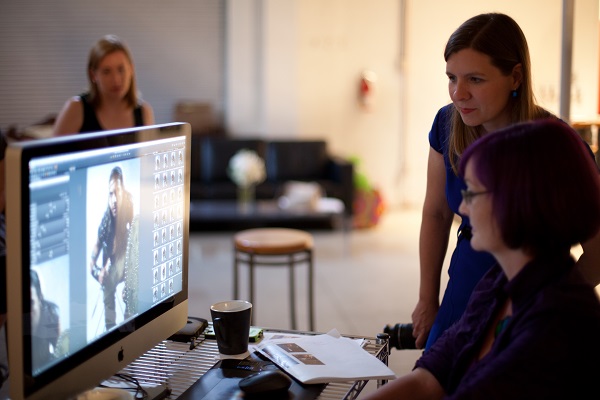 I’ll admit that there were so many good ones, it was difficult to choose! I had several that I liked, but Krista chose one that was more evocative of a Viking warrior after a shipwreck. 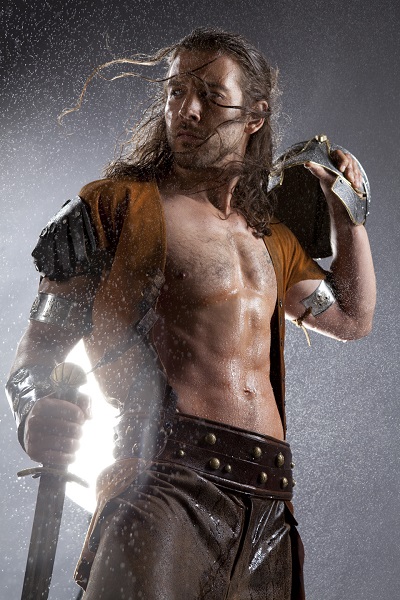 After the final photograph is selected for the cover, it’s sent to an illustrator who will fill in the background details of setting and so on. Robert Papp created the background (He was also the illustrator for Tempted by the Highland Warrior and Taylor David was the model on that cover as well). Robert chose to create a shipwreck scene, after the hero is on shore. Here is the final illustration before the cover details are laid over it. Notice that Taylor’s left arm band was adjusted to fully encircle the bicep, whereas in the first photograph, the arm band was tied on. 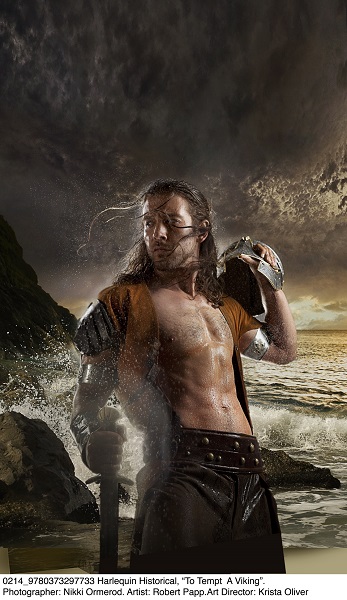 To me, this is gorgeous art. Honestly, I would be happy with this as my cover and nothing else! But after the illustration is approved, the publisher’s branding and imprint are overlaid on top of that (e.g. the purple band across the top that says Harlequin Historical), as well as the title and author name. Harlequin chose a Viking-style font to be used for my name.

The back cover copy is also placed on the art file, and the cover goes through more rounds of proofing and image-checking to be sure it fits the correct specifications for both digital and print publication. Colors are checked, measurements are checked-everything goes through several levels of approval before the final cover is ready to go.

Would you like to see the final cover? Here it is! To Tempt a Viking (Available now!). (You can buy it here) 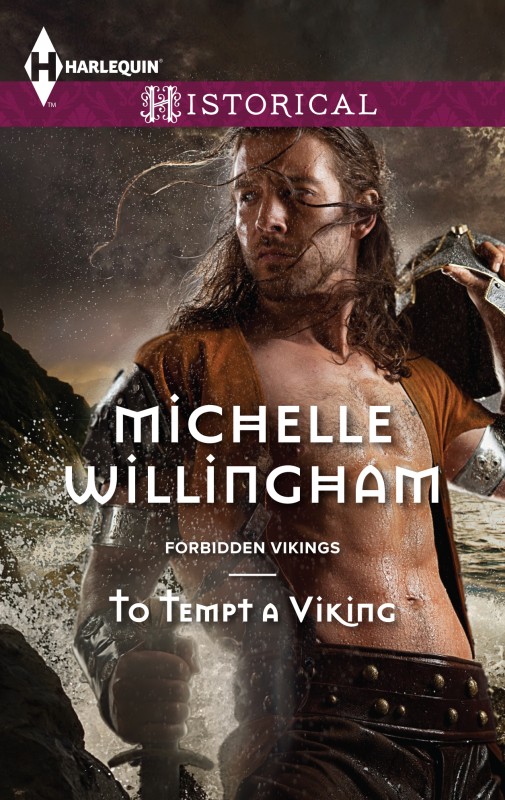 I hope you’ve enjoyed the behind-the-scenes process of how cover art is made!

Enjoy book 1 in the Forbidden Viking series â€“ To Sin with a Viking (Get it in e-book form for $1.99, right now for a limited time!) Want to ask questions or comment? Join me on Facebook or Twitter and ask whatever you’d like!