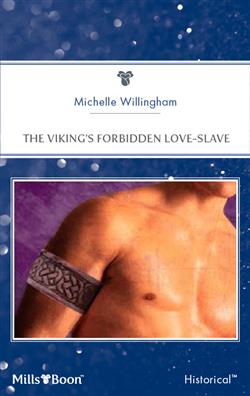 â€œYou’re terrified I’ll force myself upon you. And worse, that you’ll enjoy it.â€

Aisling Ã“ Brannon should hate the Vikings who raided her village…especially after she’s captured as a gift for King Magnus by warrior Tharand Hardrata. But while her head says one thing, her body says quite another. Her attraction to the fierce and forbidding warrior cannot be ignored…even though she’s intended for another man’s bed.

Tharand has vowed not to conquer Aisling, saving her for the king instead. But the beautiful Irish noblewoman awakes a powerful desire in him. He can’t stop himself from arousing her, bringing her to the peak of pleasure while trying to honour his promise. As they near Magnus’s domain, Tharand’s restraint is tested beyond endurance. Soon he must choose: please his king…or keep his captive love-slave for himself.