I hope all of you enjoyed a wonderful New Year! I had some news of my own over Christmas that was a wonderful surprise. I’ve sold a four-book Regency series to Amazon Montlake! It’s about four women who build a scandalous lingerie empire and the secrets they must keep. The first book, Undone by the Duke, will be out in Fall 2012. I’m really looking forward to writing this new series. 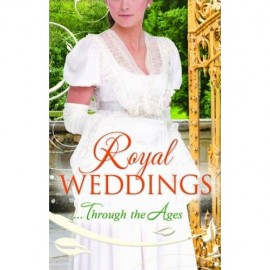 This year, I will have two additional books out from Harlequin Historical, plus a print release of “Lionheart’s Bride” in the Royal Weddings Through the Ages collection which comes out February 17, 2012. It will only be released in the UK in stores, however, but for those of you not in the UK, you can get a copy from the Book Depository with free worldwide shipping.

Many of you have asked when Callum MacKinloch’s book will be available, and I’m delighted to announce that Tempted by the Highland Warrior will be released on June 19, 2012. I’ve seen a sneak peek of the cover and it is AMAZING. Can’t wait to share it with you later.

The last book from Harlequin this year will be a MacEgan Christmas 3-in-1 anthology. I’ve written three second-generation stories about Liam, Brianna, and Rhiannon, and the stories weave in and out, giving you glimpses of the MacEgan Brothers after their happily-ever-afters. It’s tentatively slated for December 2012 and my working title is Warriors in Winter. 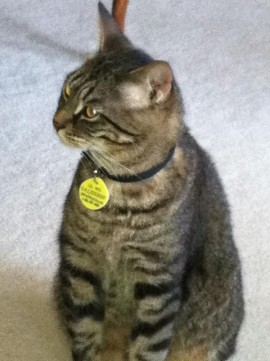 In family news, we got our first pet–a cat named Fitch, whom we rescued from the shelter. He’s an absolute delight–very affectionate, loving, and he adores playing with toys. I think he mistakenly believes he’s a dog because he particularly enjoys playing fetch.

Update: my author copies for Royal Weddings Through the Ages arrived yesterday. Would you like an advance copy? If so, click on the link above for the Royal Weddings collection and tell me which MacEgan character is the hero of “Lionheart’s Bride?” E-mail me the answer with contest in the subject header. Include your mailing address in the e-mail, and I’ll send out two copies to two winners! The winners will be selected on February 1. Void where prohibited.

Thanks for sharing in my good news, and here’s hoping your New Year brings you happiness!