In the opening of Her Irish Warrior, Bevan enters the fortress through a secret souterrain passage. When I visited Craggaunowen in Ireland during my 2006 trip, I visited a ring fort. 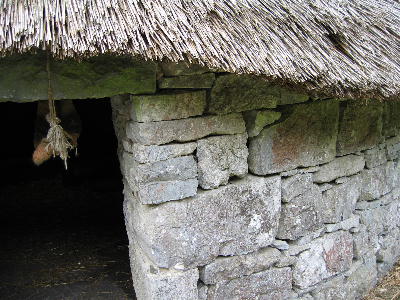 A ring fort could be anywhere from 4 to 10 houses, made of either stone as shown on the left or set inside a palisade wall. The interior had a high ceiling, and thatch was used as roofing. In front of the door, a bit of wool would hang. It had several purposes. One was to ward off evil spirits. A more practical use might be to let the wool dry out before weaving with it. And a third use might be to protect the head of the person entering the hut. 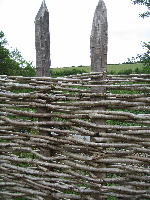 The outer palisade wall was usually made of woven sticks and the entire ring fort was elevated on top of a hill, to keep out animals. Here is an example of the wall. In the novel, Bevan’s men set fire to the wall as a distraction while Bevan enters the souterrain passage. 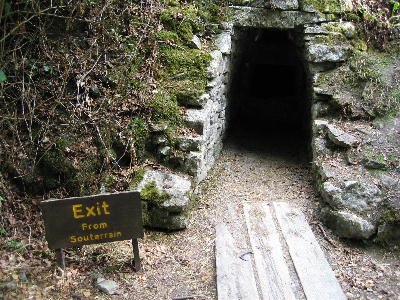 For me, the souterrain passageway was one of the more interesting aspects of the ring fort. As you can see here, the souterrain exit was outside the fort and would lead into the woods and underbrush. Those who wanted to keep it hidden could plant blackberry bushes in front of it, or other vegetation. The souterrain passage was lined with stone and the temperature was quite cool. It was used to store meat or other perishable items. Sometimes clay containers would be filled with food and sealed off with more clay. When the bacteria consumed all of the oxygen, the rest of the food would stay fresh for many months. 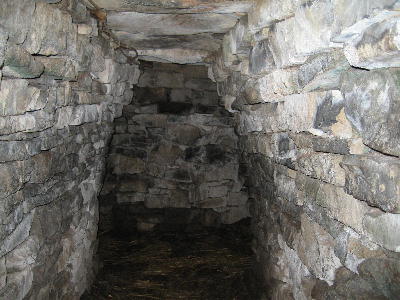 This is a photograph taken from inside the souterrain passage. 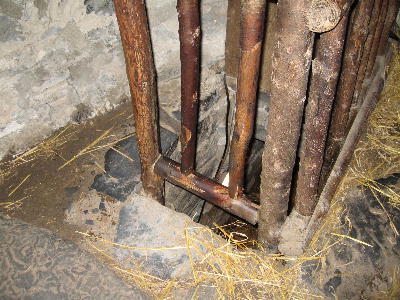 Last, here is a photograph of where the souterrain entrance would lead inside one of the stone huts. If the hut belonged to a tribesman, he could guard it and ensure that no enemies could use the souterrain to get inside. It could also function as a way to help others escape.