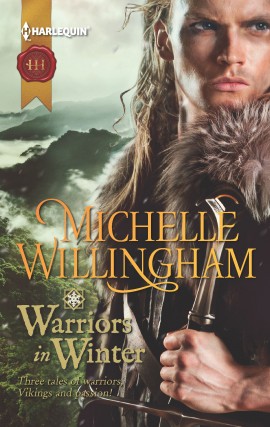 IN THE BLEAK MIDWINTER

It’s a year since Brianna MacEgan’s husband was killed, and she remains coldly obsessed with avenging his death. But Arturo de Manzano is intent on distracting her with his muscled fighter’s body-and the ice around her heart is soon in danger of melting…

THE HOLLY AND THE VIKING

Lost in a snowstorm, Rhiannon MacEgan is rescued by a fierce Viking. Her lonely soul instantly finds its mate in Kaall, but can they ever be together? For not only is Kaall blind, he’s also her beloved cousin’s most hated enemy…

A SEASON TO FORGIVE

Adriana de Manzano is betrothed to Liam MacEgan, a man she absolutely adores. But she’s hiding a terrible secret. To save Liam’s life in the Holy Land she was forced to betray him. If she tells this proud warrior the truth, can he ever forgive her?