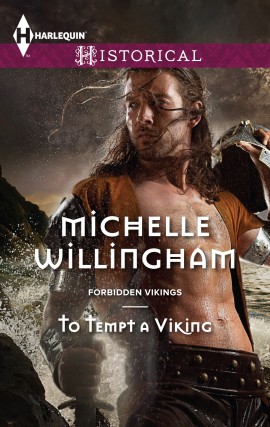 To Tempt a Viking

Warrior Viking Ragnar Olafsson stood by as his best friend claimed the woman he desired the most. There was only one way to quench the deep darkness within him–become merciless in battle.

When Elena is taken captive, fearless Ragnar risks everything to save her. Now they are stranded with only each other for company. Suddenly every longing, every look, every touch is forbidden. Elena could tempt a saint-and sinner Ragnar knows he won’t be able to hold out for long!

Book two in the Forbidden Vikings series will be available January 21, 2014!

Enjoy a series of blog posts, behind the scenes at the photo shoot for this cover. Scroll down to the bottom to watch a video of the experience!