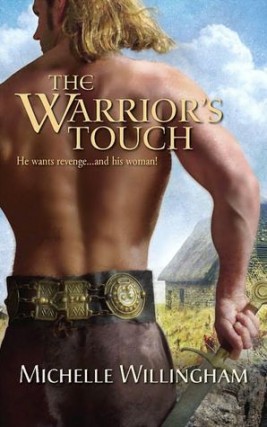 Connor MacEgan is a fighter; it’s in his blood. But when his hands are crushed in a brutal attack, he finds he may never wield a sword, or touch a woman, ever again.

He becomes reliant on Aileen O’Duinne, whose determination matches his, for Aileen can no more ignore a person in pain than Connor can stop being a warrior.

But she also holds a secret, one of passion and deception that could break their hearts, long after she has mended his hands…

"Willingham employs entertaining plot twists in this thought-provoking tale of love in the second installment of the MacEgan Brothers." -4 Stars, Romantic Times Magazine