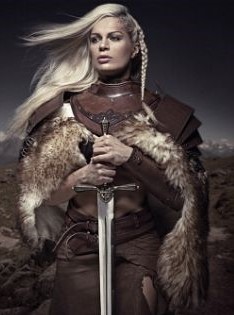 Enjoy a FREE online read! This is a prequel to Stolen by the Viking.

Jorund Odellsson has journeyed to the kingdom of Maerr after his family were killed in a raid. There he intends to train with the fierce Sons of Sigurd to become the strongest of warriors. He must avenge his family’s deaths. Nothing must stand in his way! But then he encounters an unexpected distraction in Kirsten Arensdottir…

Kirsten longs for the skill to defend herself, and handsome, mysterious stranger Jorund is willing to teach her. When swordplay turns to heated kisses, Kirsten realizes what she wants more than anything is for this visitor to stay. But a sudden threat to Maerr itself could tear them apart…

Read it by clicking HERE!