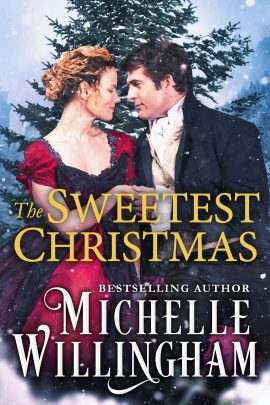 Lady Marjorie despises the idea of marriage. After being engaged to a man who tried to command every aspect of her life, from what she wore to what she ate, she refuses to consider matrimony again. Though she isn’t at all opposed to playing matchmaker for her cousin…

Sir William Crandall is startled when Lady Marjorie believes he is a shy, withdrawn knight in need of a wife. He has nothing at all in common with her bluestocking cousin, but he is fascinated by the spirited Lady Marjorie. Despite her attempts at matchmaking, he intends to avoid marriage at all costs, after being abandoned at the altar.

But a stolen kiss, a feast of gingerbread, and two unexpected friends find that there is magic in the Christmas holiday and a match that neither of them expected.