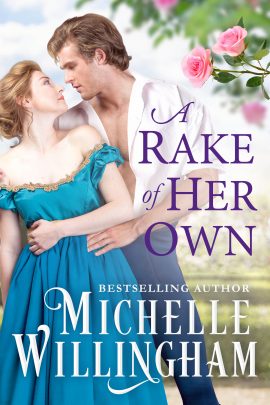 A Rake of Her Own

Ariadne Cushing is horrified when her controlling mother arranges a betrothal to a man she barely knows. She will do anything to avoid the engagement—even if that means causing her own ruin. But how can a shy bluestocking gain the attention of a wicked rake?

Evan Middleton, Viscount Harcourt, is hiding his poverty from the rest of the world. With nothing but the clothes on his back and a horse to call his own, he needs a wealthy bride to save his family from his father’s debts.

Ariadne strikes a bargain with him that he can’t refuse…but will her proposition result in an unexpected temptation?